Download
Overview Updates (9) Reviews (2) History Discussion
With the success of the landings on the beaches of Normandy on 6th of June 1944 the Allies consolidated their foothold and spent the days after the invasion linking up all of the beaches.

Once this had been achieved their focus was to try and force a breakout. One of the D-Day objectives was the city of Caen: an important transport hub with a sea harbour, multiple major roads and railway lines. Once Caen falls the road to the Paris is opened. The Axis defended Caen furiously on D-Day though and so it remained in their hands.

Alternatively the scenario pack can be downloaded in Steam Workshop as well. 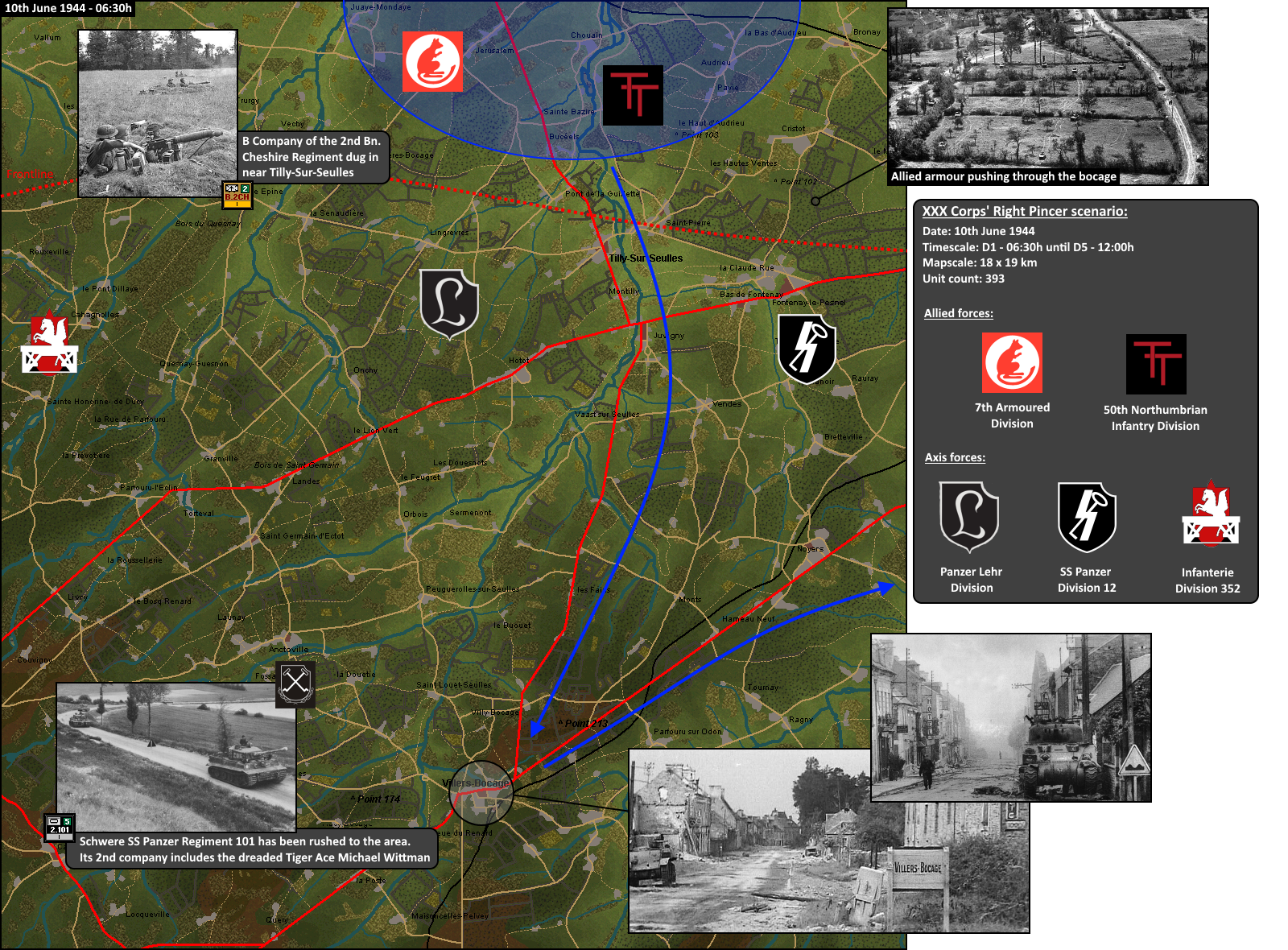 A hypothetical scenario based on the cancelled Operation Wild Oats. 1st Airborne Division is dropped south of Caen and is to provide a linkup between both pincer attacks of Operation Perch. Panzer Division 21 is stationed near the dropzones and will have to force a way out or be encircled in Caen. 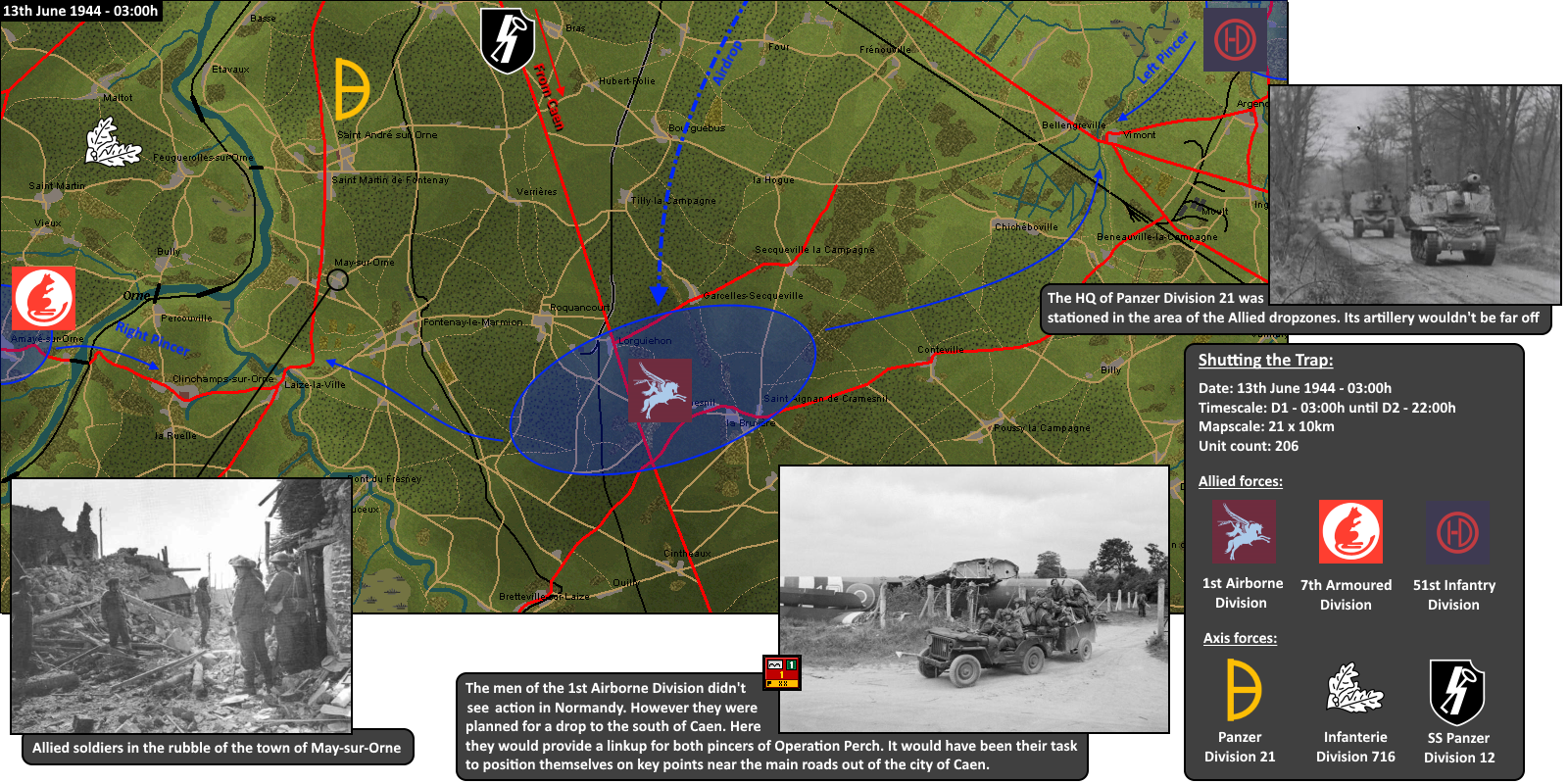 The assault of Carpiquet and its airfield by the 8th Canadian Infantry Brigade in Operation Windsor. This scenario closely tied to the next one: Charnwood. Windsor would prove to be a real meatgrinder as the Germans had fortified the airfield and manned its defenses with men of SS Panzer Division 12. 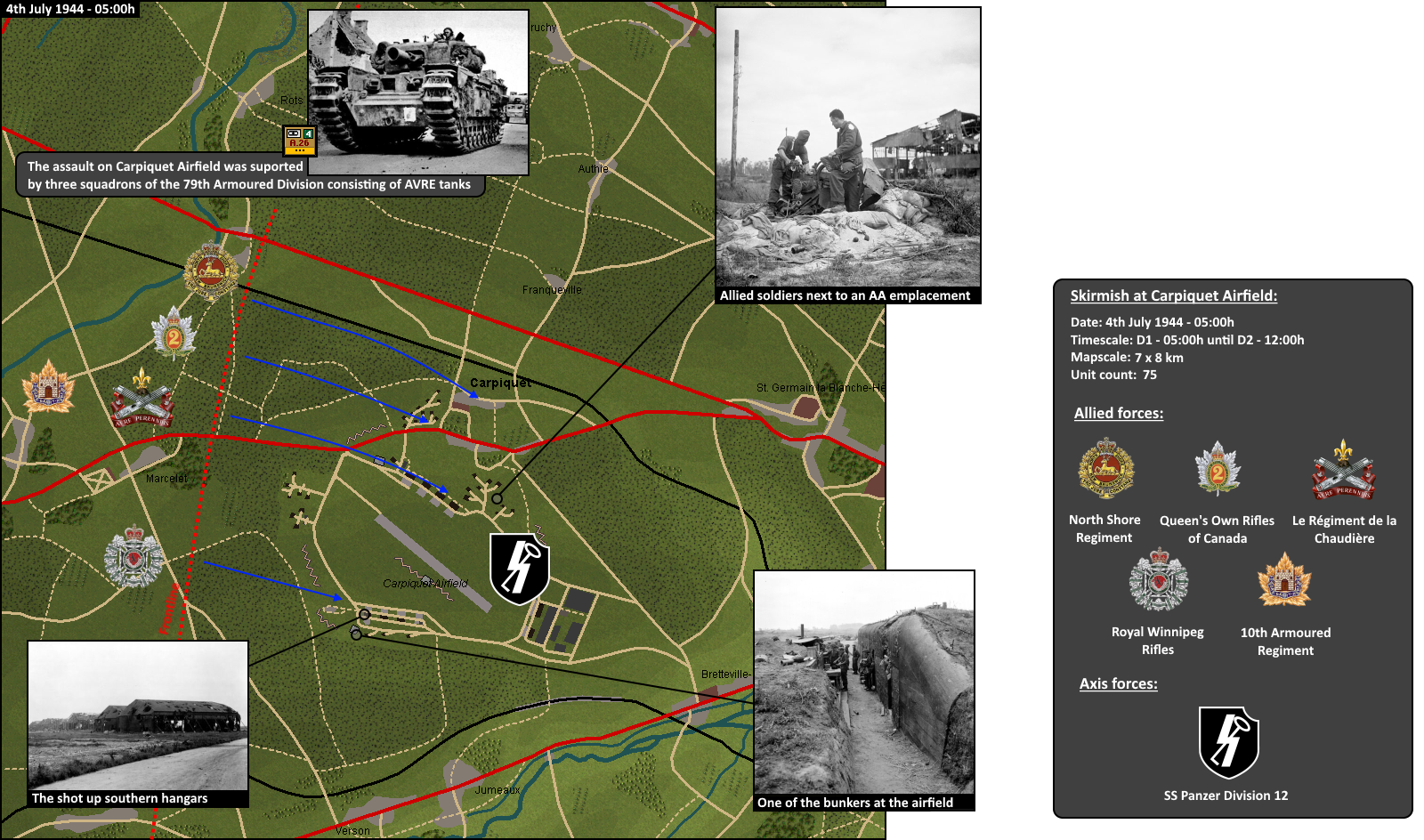 A three infantry division attack by the Allies that aims to finally seize the city of Caen. Dubbed Operation Charnwood, the Allies would advance and take up positions on the banks of the river Orne. SS Panzer Division 12 was positioned in and around the city and would not make it easy for the Allies. 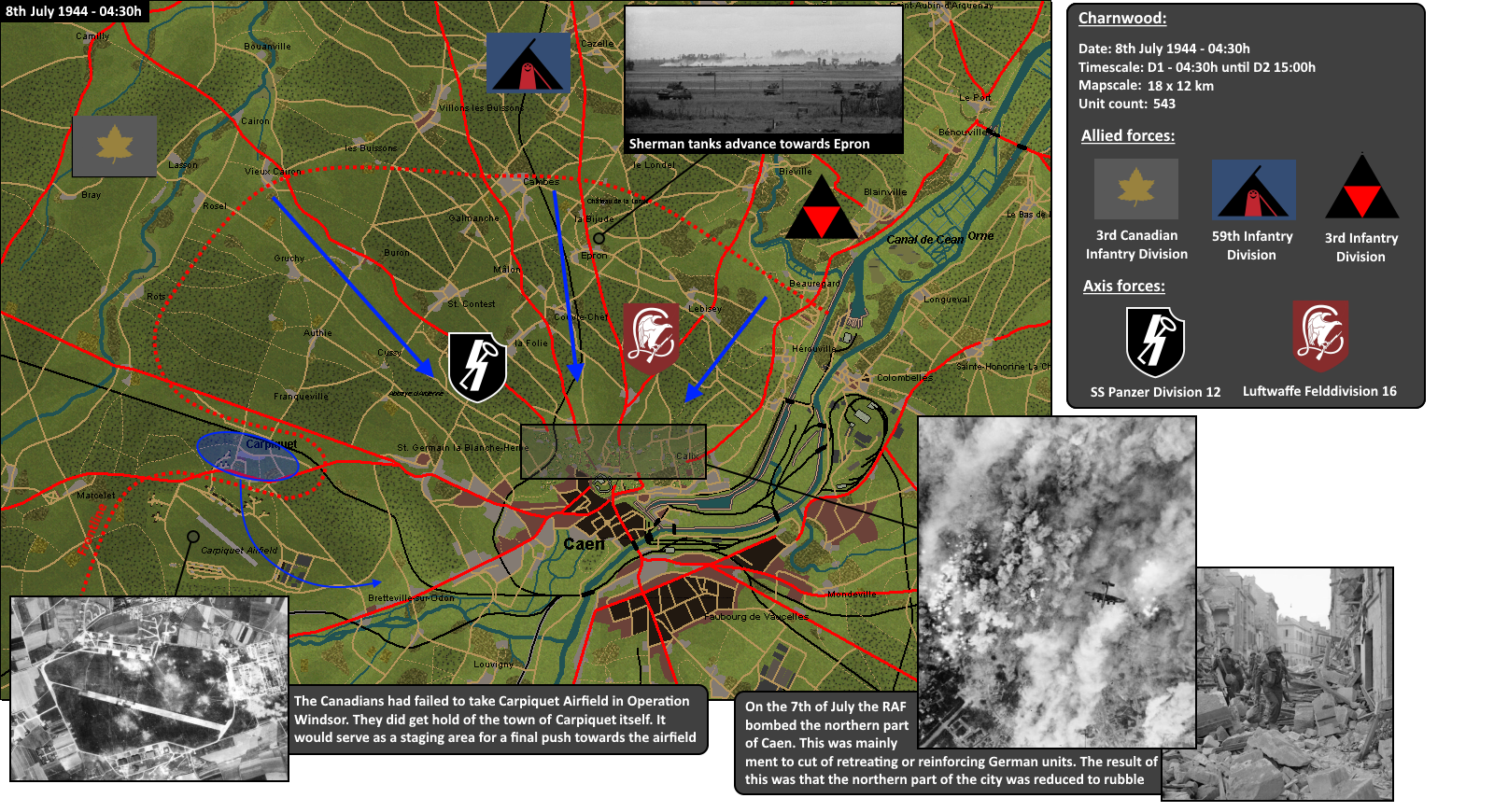 Both operation Goodwood and Atlantic rolled into one scenario. A limited breakout attempt towards the south east of Caen by three British armoured divisions. Meanwhile two Canadian infantry divisions cross the Orne in order to take the rest of Caen. The Germans themselves have three panzer divisions to counter the attacks. One of the biggest tank battles of the Western Front ensues. 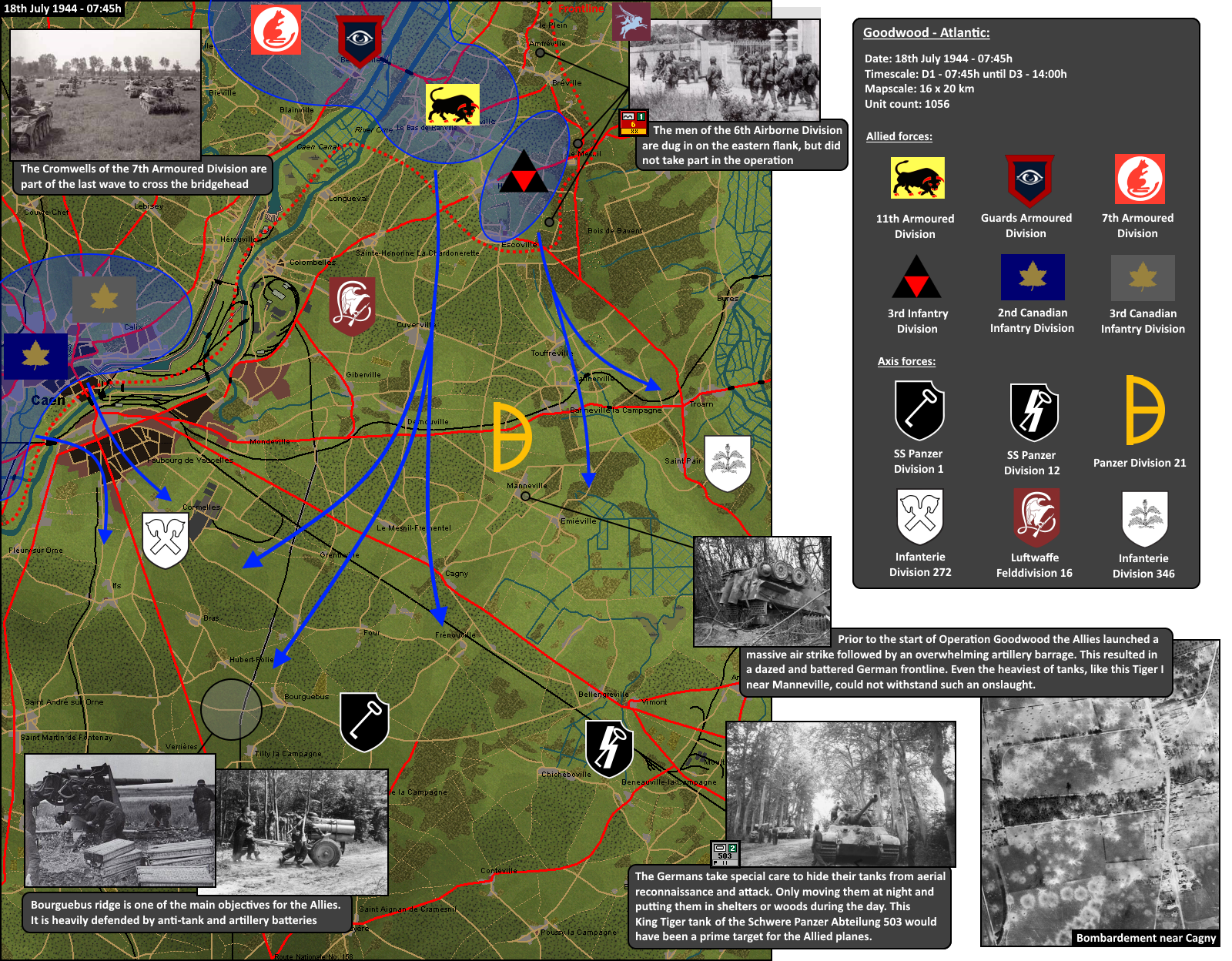 These scenarios are very well made and a joy for every wargamer. They also show how brilliant and versatile this game is. Thank you!
Upvote 0 Downvote
So far (still on day 1) an excellent scenario on a truly outstanding map. Superb work, Bie.
SPOILER ***
I love the hint in the briefing about Tilly-sur-Seulles. I can say that I tasked the DLI and the 24th Lancers to take Tilly and they are certainly not going to be able to do it. There is a huge Axis presence moving in there, with strong armoured attacks launched and devastating enemy arty fire onto the attackers. I think 'going west' is going to be the only way.....
Upvote 0 Downvote
Read more…