Kickstarter Has Only 24 Hours Left - http://bit.ly/KS-SIR

First of all, thank you all for the incredible support and for enduring the silence on my part, moving house is terrible. However, there’s no better motivation that you guys absolutely annihilating 2 more stretch goals! So, with that in mind, let's talk Stretch Goal rewards. 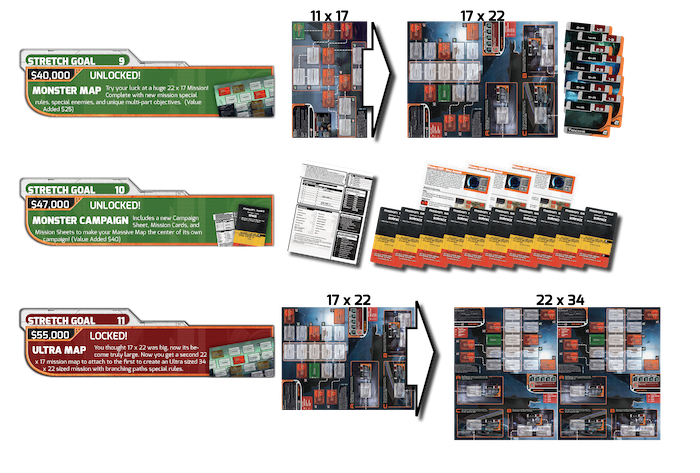 First, and most importantly, let’s talk about the massive 22 x 17 map. If you took two of our mission maps and stacked them on atop the other, you’d get an idea of its size. The mission will have you and yours assaulting an enemy base. But instead of being dropped right onto it like other missions, this one sees you making your way there from the wilderness outside, attacking support installations and choosing your entry point. 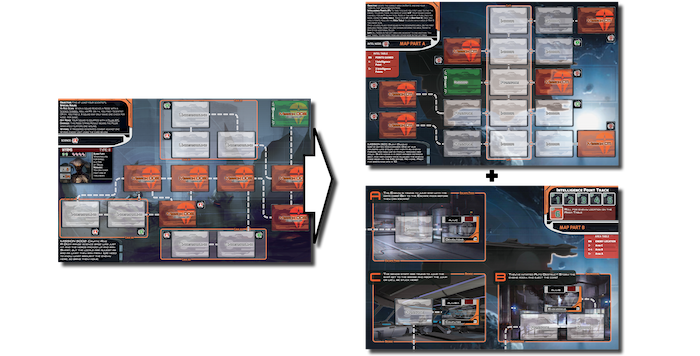 Since you’re making your way through essentially 2 maps, the normal time limit will not apply. You’ll have an increased time limit, but you’ll also have to balance it between either moving towards your ultimate goal or completing secondary objectives to make the final objective easier. In addition, optional rules such as limited ammo will be mandatory: you’ll run out of bullets before you reach the end, necessitating regular use of equipment stashes and the like.

But how does this work in a campaign? In previous Updates, we talked about the Mission Deck, Encounter Cards, Mission Cards, and the Campaign Sheet. This campaign will test your limits unlike any other, utilizing a new Mission deck structure, Scenario Cards, and your choices will affect future mission in new and exciting ways. At its center, will be your Massive Mission map. A slew of unique missions will see you entering this map in different places to gather intel, setup advantages for future missions, create weaknesses in your enemies defense, and gather support out of the system before finally coming back to the enemies stronghold and reducing it to a fine mist… or die trying.

Lastly, the newly declassified stretch goal: The ULTRA MAP. We hope to expand that Massive map by a factor of 4, essentially bolting 4 mission maps together to create a truly staggering Mission Map that only the most experienced Space Infantry Squads will take on. Utilizing previous stretch goals like the biome cards and encounters as well as uniquely interconnected objectives we want to give you an experience you’ll be able to approach from multiple angles, and indeed multiple start points! You’ll move through underground caverns to disable a sensor grid so the Jungle approach can have a decreased Alert Level on certain Nodes, or you could jump from orbit and engage the enemy patrols head-on, resolving certain nodes in the jungle areas, or finding a hidden bunker in the jungle to unlock a faster travel network form the underground areas. All in pursuit of that final objective: destroying the enemy fortress.

The most exciting part of our campaign is the coming together of ALL the stretch goals into one glorious expression of all Space Infantry can be.
You must log in or register to reply here.