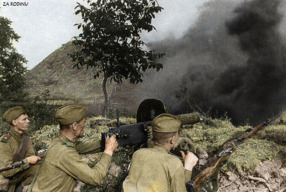 Article in 'After Action Reports' published by john connor, Feb 6, 2015.

Part 2 of this AAR covering Thunder at Prokhorovka, a CO 1 scenario about a crucial part of the Prokhorovka battle during Operation Citadel. Played as Axis v AI