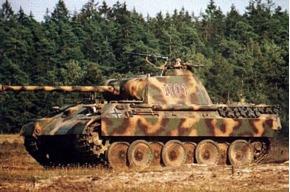 Part 4 of a Command Ops 1 AAR, from part of operation Citadel, played as Axis