Fight for the Bénouville and Ranville bridges in the invasion of Normandy. Will the Axis hold on to the city of Caen? Pits elements of the 6th Airborne against elements of the 21st Panzer Division. Can you hold the eastern most flank of the Allied invasion? Or will your Panzers break the lines and endanger the whole of Operation Overlord?

Alternatively the scenario pack can be downloaded in Steam Workshop as well.

Includes four scenarios:
A platoon based scenario that focuses on the capturing of the bridges and holding them until noon, when the Commando's come in as reinforcements.
A scenario with a slightly wider scope. Focuses on both capturing the bridges and creating a perimeter around them in the surrounding villages. This scenario is company based and runs a bit longer than the coup-de-main scenario. 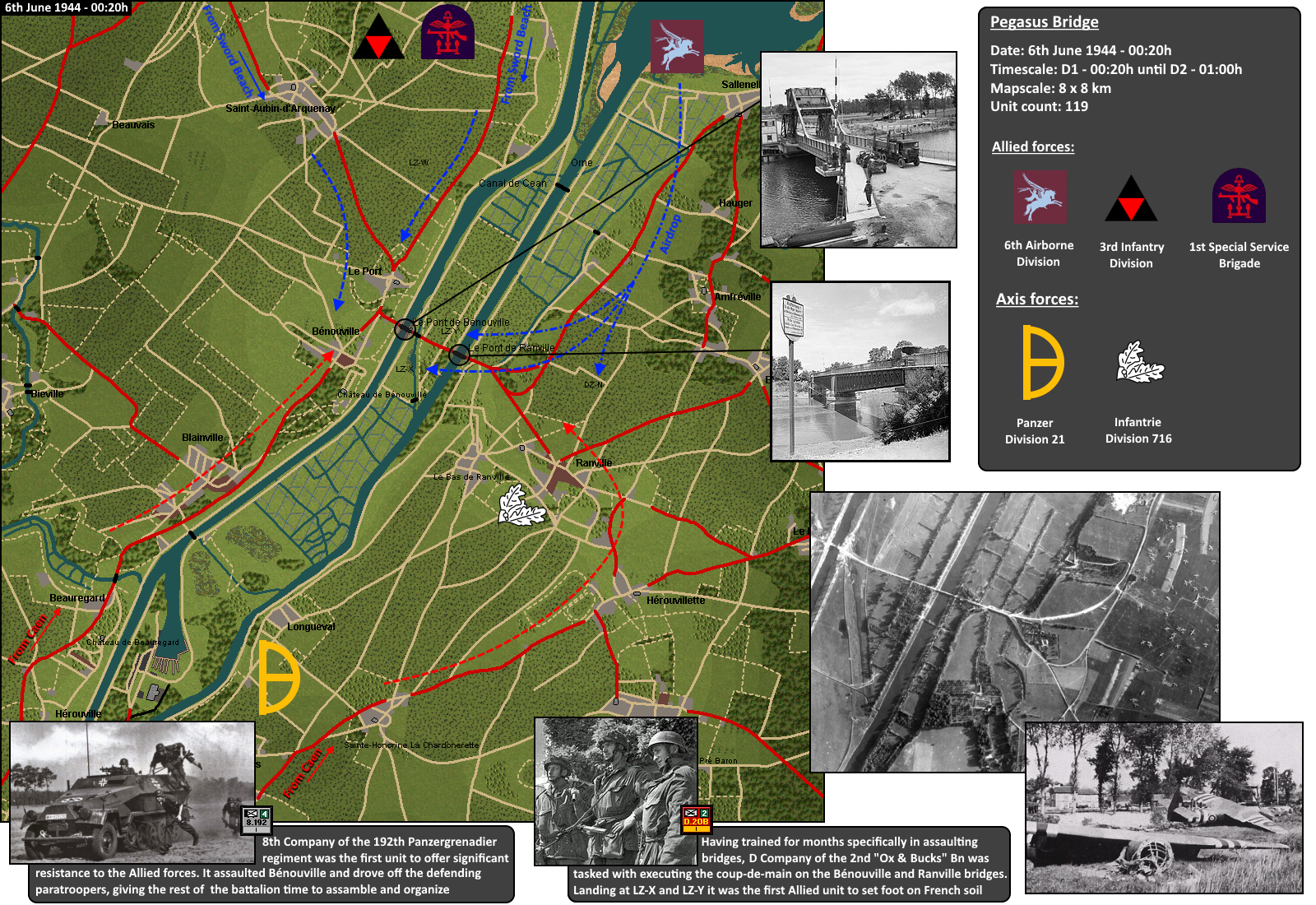 The full operation that encompasses all of the drops of the 6th Airborne, 3rd Infantry Division's assault on Sword Beach and the German counter-attack of the whole 21st Panzer Division with the help of the 716th Infantry Division. 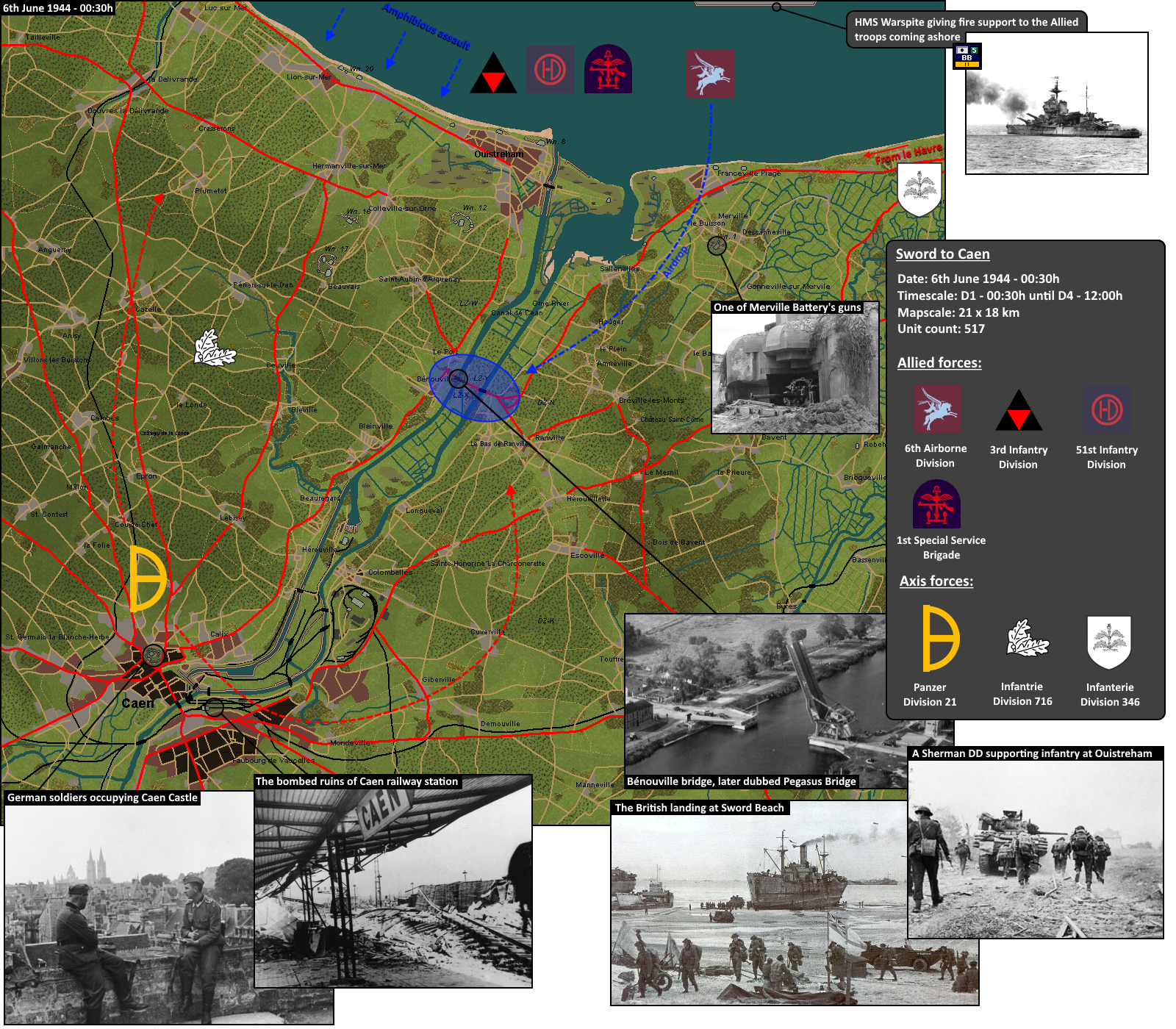 With the bridgehead across the river Orne successfully secured, the Allies look to strengthen their hold on it. The Germans have dug in around Bréville-les-Monts and have a commanding view over the Allied positions. To give the defenders at the bridgehead some more beathing space, the 6th Airborne Division is tasked with dislodging the German defenders around Bréville. 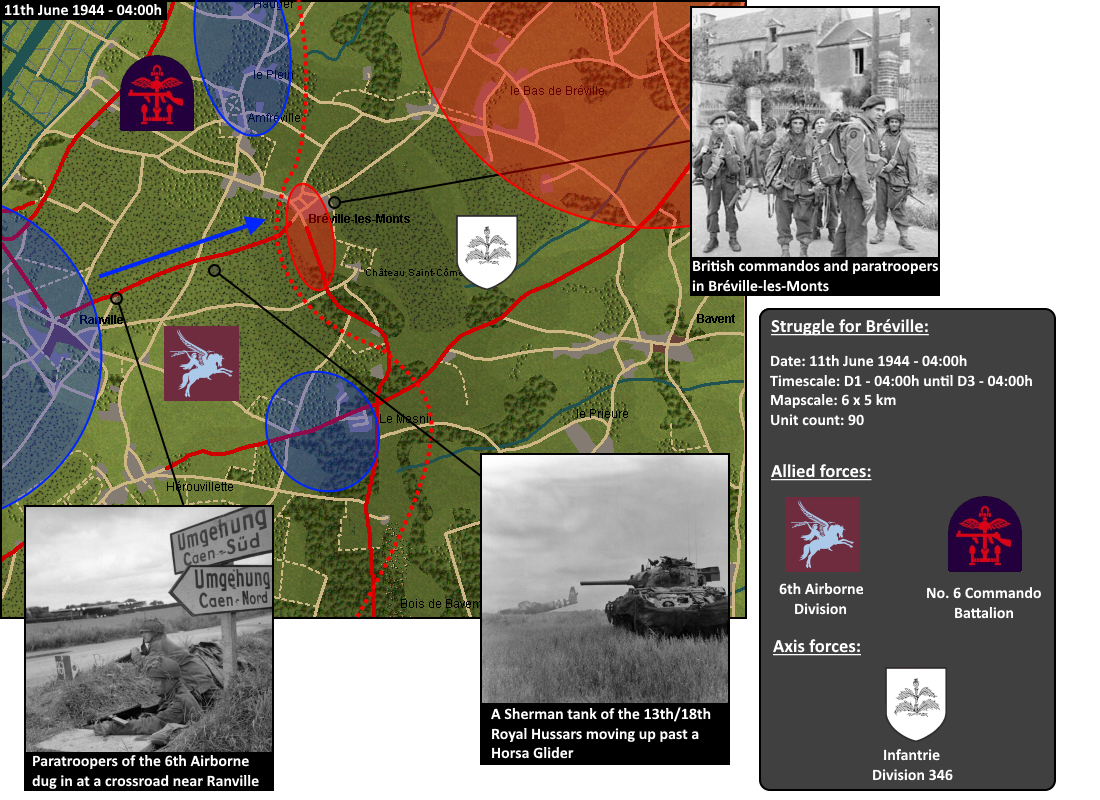 Join the discussion Get support

Great scenarios! The reason for 'good', not 'excellent' rating is too many updates posted. Once a scenario is downloaded and played couple of times it is unlikely for user to download and play them again regardless how important is the fix or change.

Bie
This one is the actual release humbeeO. I'll refrain from posting updates for the moment, I swear ;-)
Upvote 0 Downvote
The large scenario - Sword to Caen - really is excellent. The map detail is outstanding.
Upvote 0 Downvote
This is an excellent senario, and I love the map. A lot of work has gone into its creation, and it was a lot of fun to play. I hope the author will treat the CO2 community with more of his fine work soon!
Upvote 0 Downvote
Fantastic map and great little scenario.
Upvote 0 Downvote
Read more…